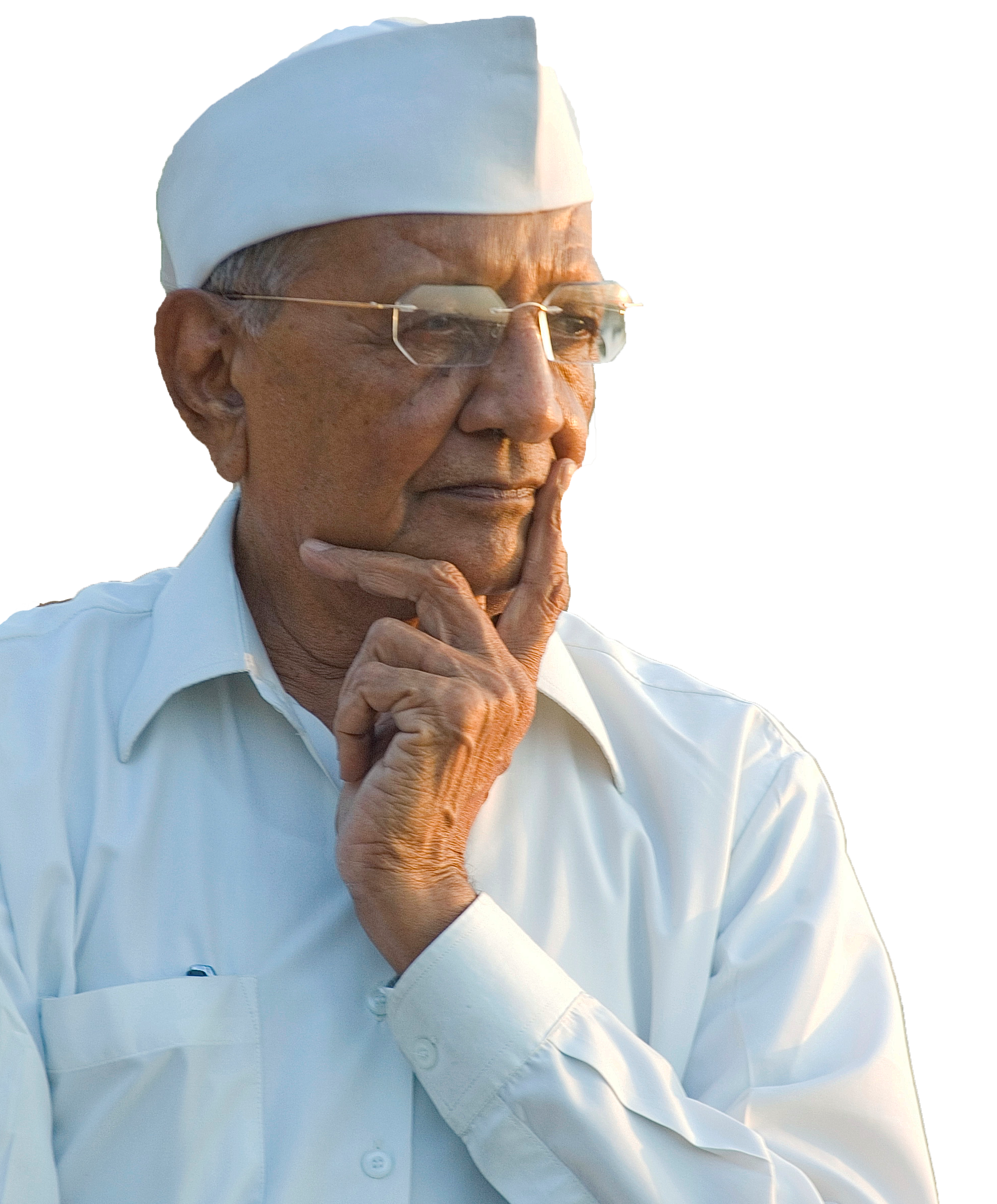 His life’s journey is an example of how hardships can mould a great personality and in turn, bring benefit to society at large. A great visionary, he had devoted his entire life to the cause of education and social work. Under Bhavna trust and Mahavir Education trust, he founded many Schools, Junior colleges, Polytechnic and Engineering colleges. He was also associated with Kurla Medical Welfare Centre and various other charitable trusts. He left for his heavenly abode on 11th April 2020 and will always be our guiding star as a crusader for education and will constantly inspire the coming generations with his energy and enthusiasm.

“This Life is to Help Others”


Shri Keshavji Bhai Chhadva’s life has defined this principle in its true form.

At the tender age of 10 years, with dreams in his eyes, he moved to Mumbai with his family.

Where his father set up a grain and grocery store at Trombay, Chembur. He received his elementary education from Shri Dwarkadas Tribhuvandas Gujarati School, Chembur till standard 4 and from Ramji Asar Vidyalaya Gujarati High School till standard 7. Every day he would walk to school from Chembur to Ghatkopar. Along with his studies, he would also assist his father at the grocery shop.

While studying in Ramji Asar Vidyalaya, his passion for freedom struggle took shape. He actively participated in activities like “Prabhat Pheri” and “Jan Sabha” for creating awareness about the dominance of Britishers over Indians. This ignited the patriotism in him, and he started contributing as a freedom fighter.

At the age of 14, he participated in the “Quit India” movement under the leadership of Shri Narayan Gajanan Acharya, and in the later years, he emerged as a strong supporter of the Indian struggle for Independence. Mahatma Gandhi and the Non-Co-operation Movement had a lifetime impact on him, and he donned white Kurta and Gandhi Topi, an attire that stayed with him all his life. 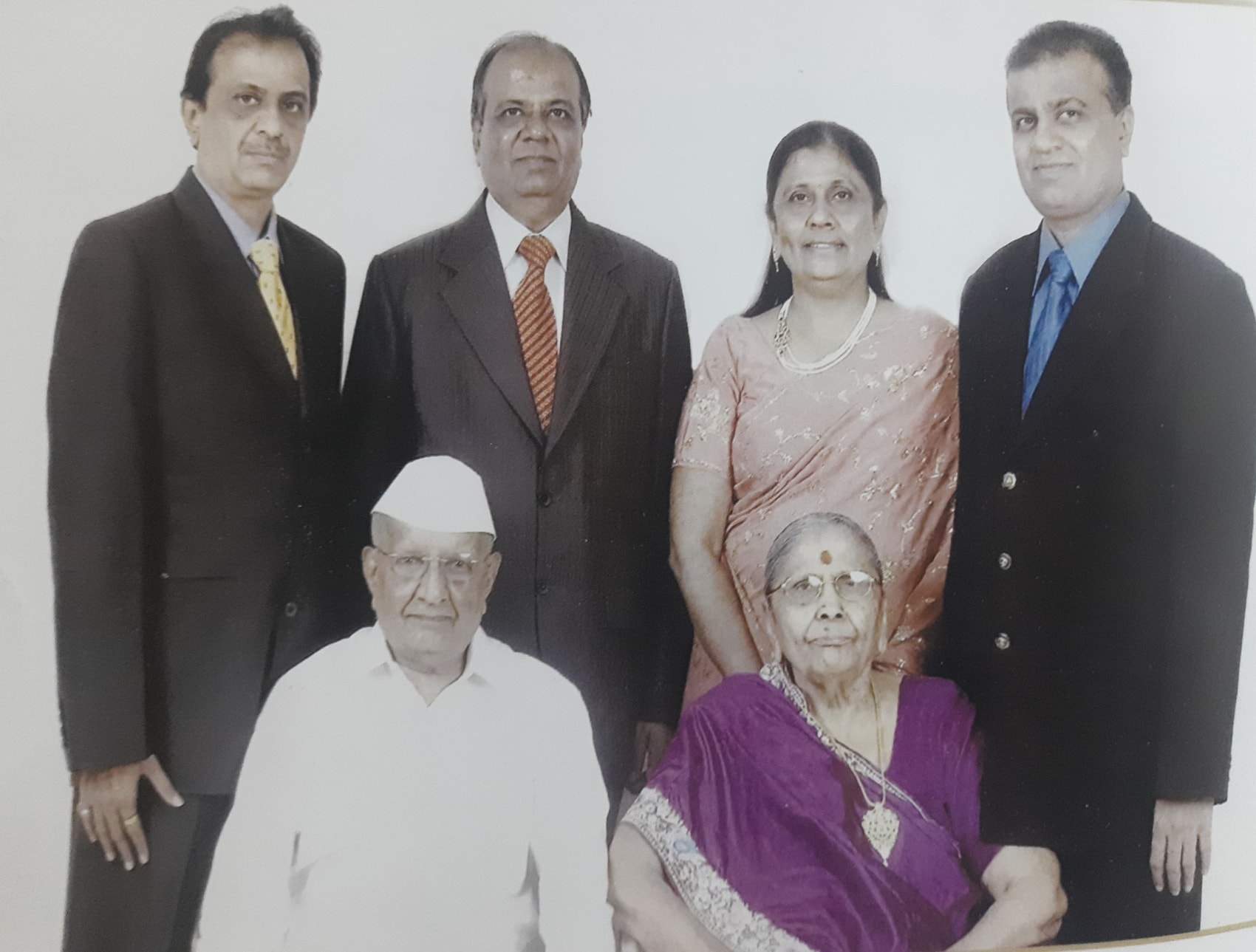 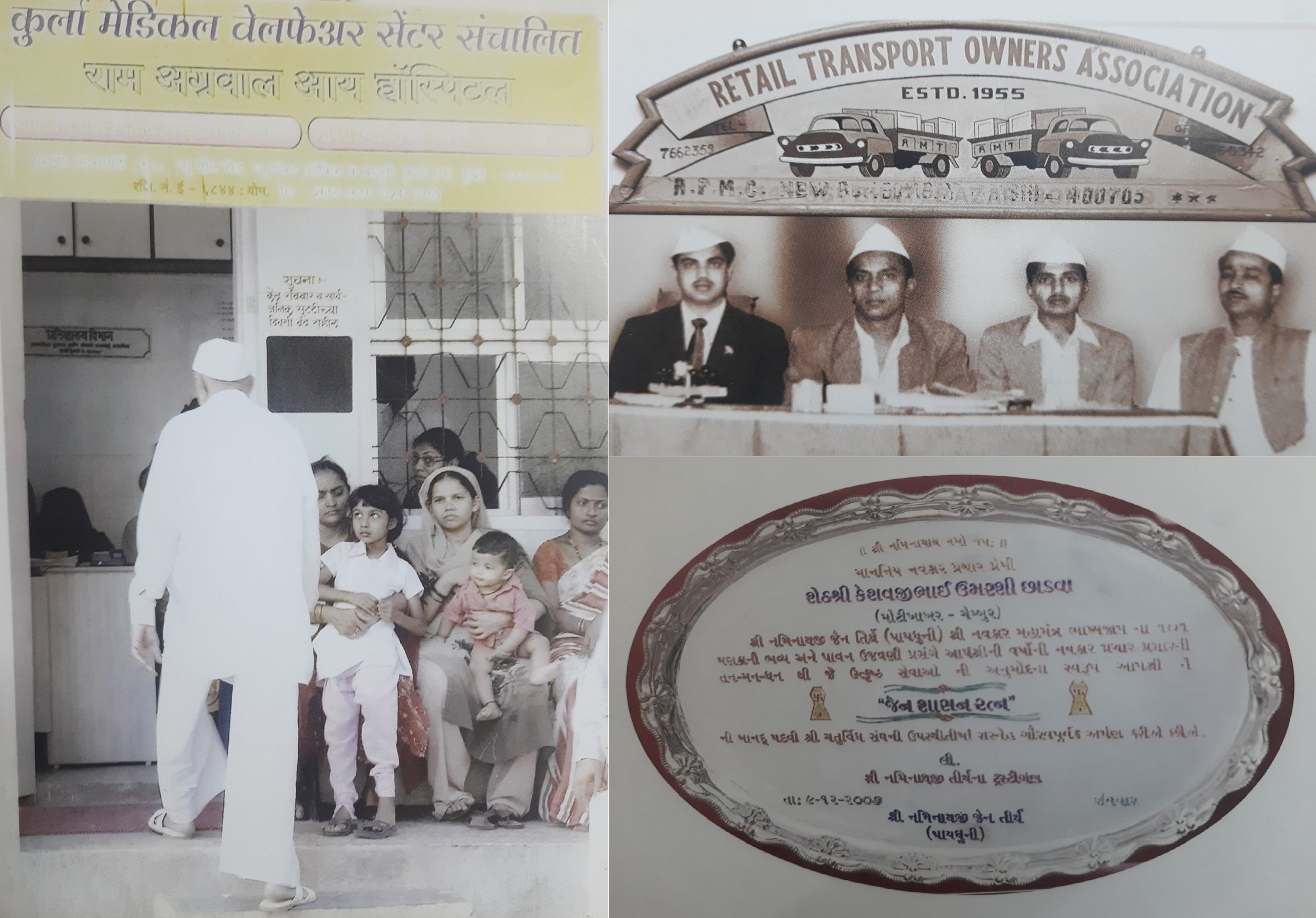 Kurla Medical Health Centre, Members of Retail Transport Owners Association and Jain Shahan Ratna Award
Shri. Keshavji Bhai got married in 1946 to Smt. Maniben and they have been blessed with four children, daughter Preetiben, and three sons Jayantibhai, Chunnilalbhai and Narendrabhai. During 1946, with his innovative inclinations in business, he started a transport company named, “Chhadva Transportations” and formed “Retail Transport Owners Association” with Kishori Lal Dhavan and others in 1958. In the years to come, he served this association as the president and the Chairman. In the early 1970’s he ventured into the construction business.

Shri Keshavji Bhai made a difference in society with his contributions to social and religious work. With his friends, he set up “Kurla Medical Health Centre” and “Shri Chembur Medical Relief Centre” that gives quality medical services at nominal cost.

His services towards society were recognized and he was felicitated with “Jain Shahan Ratna”. In 1976, he became a trustee in Shri Rishabh Dev Jain Mandir (Chembur Jinalay), and in 1979, he was entitled as a Special Executive Magistrate. With his partners, Shri Momji Nanji Gala and Shri Nanji Palan Dedhia constructed the “Shikhar Bandi Jain temple”.

Knowledge is that which liberates


Shri. Keshavji Bhai Chhadva’s greatest contribution to society was the role he played in promoting quality education. As there was no Gujarati Medium school in Chembur, in 1968 he along with Shri. M.K Nisar, Shri. Gangubai, Shri. Tokarshi Bhai Chhadva, Shri. Pravin Bhai Dwarkadas formed Bhavna Trust and founded Sarvodaya Vidyalaya. In 1973, the trust bought land to construct Sunderbaug school and to raise funds for the same, a charity function was organized in Shamukhanand Hall, presided by Shri Vasantdada Patil. In 198o Shri. Keshavji Bhai was invited as a member of the managing council of Archarya Marathe Arts, Science and Commerce College. In 1983 under his guidance trustees of Bhavna trust applied for polytechnic college which was sanctioned by the Maharashtra state government. Shri. Keshavji Bhai laid the foundation of Mahavir Education Trust with main donors as Shri. Karamshi Lakhamshi Shah and Shri. Lalji Velji Anchorwala and the college was named Shah & Anchor Kutchhi Polytechnic College. There was no looking back from there soon the adjoining Mangal Textile plot was procured. With Keshavjibhai’s vision, the board members of Mahavir Education trust met Shri Vasantdada Patil then Chief Minister of Maharashtra State and got permission for degree engineering college. In 1985, Engineering Degree college started to function with its first two branches: Electronics Engineering and Construction Engineering. With an immense determination of Shri Keshavji Bhai Chadva permission for MMS college was granted in 2006 and 65,000 sq. ft of land for construction was sanctioned by the Maharashtra government.

Shri. Keshavjibhai Chhadva would visit his institutions every day, to interact with the staff members and students to encourage them and motivate them by participating in the different activities of the college. He would listen to students with great interest and would uplift their confidence by taking part in various technical, co-curricular, and extra-curricular activities organised by students. For Shri. Keshavji Bhai’s age was just a number, and his energy and perseverance always inspired the youth.

Shri. Keshavji Bhai’s life is indeed a great example to follow. Even though he is not with us anymore but, his great work continues to shine, inspiring us to lead a meaningful life dedicated to others. We are truly fortunate to be associated with this great personality.